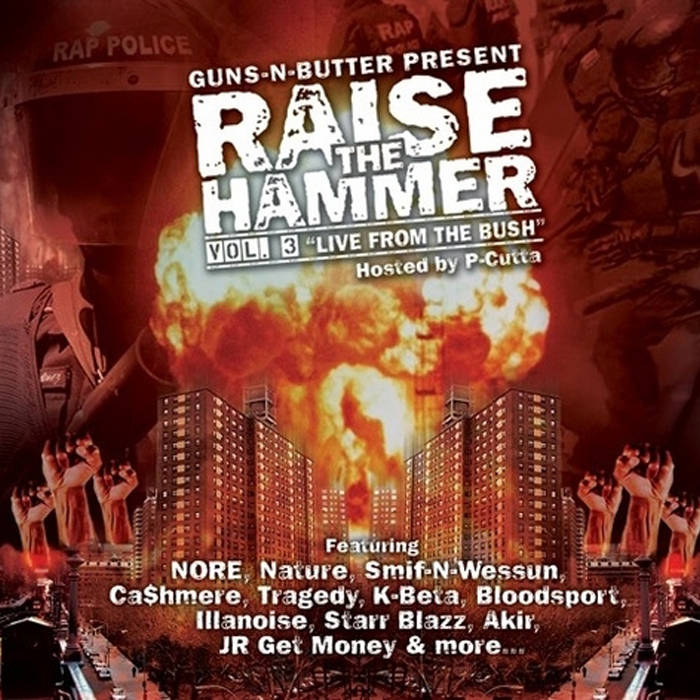 GUNS-N-BUTTER is the former production team of Chop La Rok and J-Scrilla started in 2004 originally after a sit down at a diner in New York with Tragedy Khadafi. The Raise The Hammer series of mixtapes was one of the first ever producer mixtapes to see the light of day and each series had over 5000 pressed and in the streets of DC, Philly, NY, ATL and Miami to name a few. ... more

Bandcamp Daily  your guide to the world of Bandcamp